Ready for music? Look no further

Oklahoma City is loaded with talented performers from hot jazz to dope hip-hop emcees to charming singer-songwriters. OKC is a diverse music city with intimate rooms where you can connect with friends to epic venues where you can be one with the crowd.

Use the map and event list below to find your live music tonight. Filter Events by genre and district to find what you like, where you like. Check out our featured live music events for this month, and click here to see our full calendar.

As a performer, songwriter and producer, Richard Marx’s nearly three-decade-long career has had innumerable of highlights. The Chicago native has sold more than 30 million albums worldwide, starting with his self-titled debut which went to #8 and spawned four Top 5 singles, including the chart-topping “Hold on to the Nights,” with “Don’t Mean Nothing” earning him a Grammy nomination for Best Male Rock Vocal Performance. The follow-up, 1989’s Repeat Offender, was even more successful, hitting #1 and going quadruple-platinum with two #1 singles in “Satisfied” and “Right Here Waiting.” When both Rush Street (with two #1 AC hits in “Keep Coming Back” and “Hazard”) and Paid Vacation (with its #1 AC hit, “Now and Forever”) went platinum, Marx achieved a seven-year string of triumphs that rivaled any in pop-rock music history. To this day, he is the only male artist in history to have his first seven singles reach the Top 5 on the Billboard charts.

For most artists, that would be impressive enough — but Richard Marx didn’t stop there, launching a second, very successful, incarnation as a songwriter and producer, with songs like “To Where You Are,” the first hit single from Josh Groban’s debut album, as well as the NSYNC smash, “This I Promise You.” He went on to earn a 2004 Song of the Year Grammy for co-authoring Luther Vandross’ “Dance with My Father.” Across all formats, Marx has scored an amazing total of 14 #1 singles (including Keith Urban’s #1 smash “Long Hot Summer”) both as a performer and songwriter/producer, making him a true multi-talented threat who continues to challenge himself and his fans. He has also written with Jennifer Nettles, Sara Bareilles and Vince Gill. He holds the honor of being one of a handful of artists who have had a number one hit in each of the past four decades.

Marx’s last album of all new material, My Own Best Enemy, was released in 2004 featuring hits “When You’re Gone” and “Ready to Fly.” In 2010, he released Stories To Tell, a greatest hits album which produced a Top 20 AC hit in “When You Loved Me.” In 2012 he released his first ever Christmas album, Christmas Spirit.

On July 8, 2014, he released his eighth album, Beautiful Goodbye, featuring all new material such as its first single and video, “Whatever We Started.” Fans may find Marx’s eighth studio album, a bit of a departure from his previous albums. According to the Grammy Award-winning singer/songwriter, he set out to make a deliberately sexy album. “The songs on this record were influenced greatly by everyone from Sade to Bebel Gilberto to various EDM artists to even Chopin. I’m known for romantic music in the past, but this music I wrote is all more sensual and ethereal, and the lyrics are more adventurous than I’ve been willing to go in the past.”

Every track on the new album also incorporates an orchestral element, and the recording of the tracks was, according to Marx, “a thrill beyond anything I’ve done in the studio. And singing these songs brought out what I believe are the most effortless vocals of my recording career, so far.”

All the tracks on Beautiful Goodbye are written and produced by Marx except “Getaway,” co-written and produced with Walter Afanasieff; “Forgot To Remember” co-written with Vertical Horizon frontman and frequent Marx collaborator, Matt Scannell; “Turn Off The Night” co-written with multi-hit songwriter David Hodges, and the title track, co-written with Daisy Fuentes. A special edition of Beautiful Goodbye will also be available exclusively at Target and features two additional songs: “Moscow Calling,” a collaboration between Marx and well known EDM artist and DJ Morgan Page, and “Just Go.”

Richard has made a commitment to several different causes, from donating the royalties from his hit single, “Should’ve Known Better,” to build a room at the NYU Medical Center for pediatric cancer patients, to his recording of “Children of the Night,” which brought attention to the plight of homeless children on the streets, raising more than $500k for the Children of the Night Foundation. Marx has also performed benefit concerts over the years for the TJ Martell Foundation, Toys for Tots, Make a Wish Foundation, the American Cancer Society, Best Buddies and the Special Olympics. Richard and his band entertained the U.S. troops stationed in Germany and, since 2008, he has hosted an annual event in Chicago for the Ronald McDonald House Charities, the first of which featured a concert by Richard and Kenny Rogers. Richard has also organized an annual all-star benefit concert for the Cystic Fibrosis Foundation, raising more than $4 million for research to cure the disease. 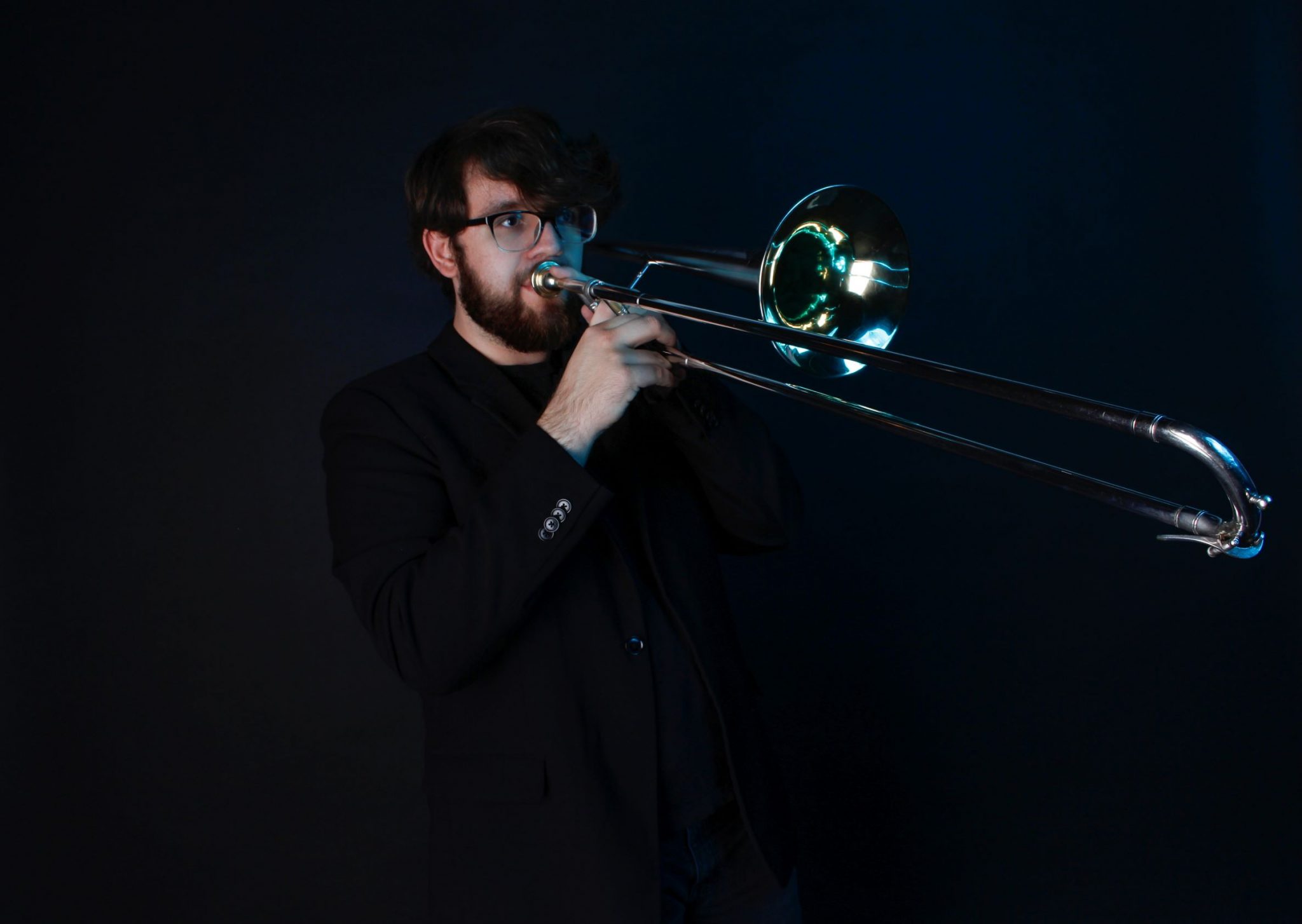 Allister Baca is an up and coming local trombonist from the renowned UCO jazz program. He can be seen performing from intricate music with the top UCO jazz ensembles to

Allister Baca is an up and coming local trombonist from the renowned UCO jazz program. He can be seen performing from intricate music with the top UCO jazz ensembles to classy dixieland music. He will be featuring original compositions along with new arrangements of popular jazz standards.

Jacob Nance is a multi-instrumentalist and vocalist from the Norman area who is also a Junior Saxophone Performance Major at the University of Oklahoma. He performs a variety of music,

Jacob Nance is a multi-instrumentalist and vocalist from the Norman area who is also a Junior Saxophone Performance Major at the University of Oklahoma. He performs a variety of music, including classical, jazz, and popular music. Throughout the University of Oklahoma, Jacob strives to increase the level of jazz knowledge through teaching classes and giving performances. Jacob plays lead alto in OU’s Jazz O group and is the pianist in the D.A.V.E. Quintet. 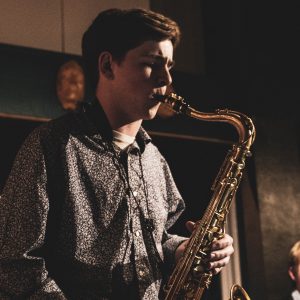